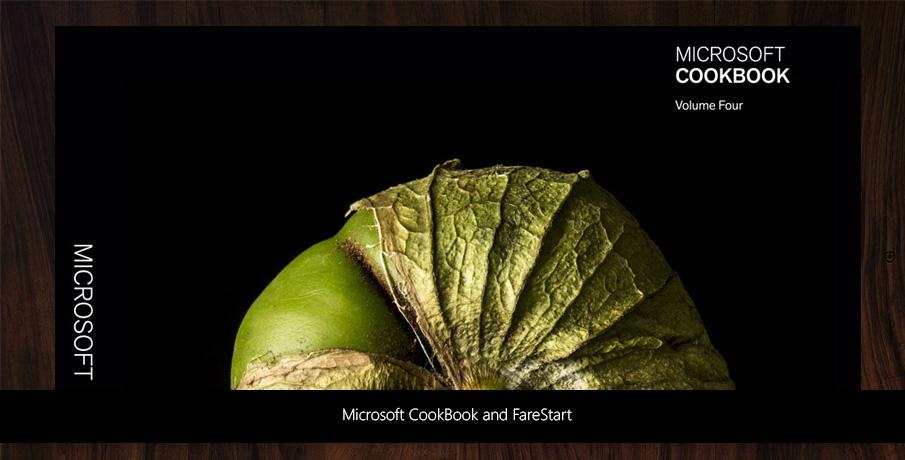 I love food. I brings people together and is my form of meditation. Food is Art. Each time I make something it is always slightly different and I like that there is the suspense of will this be better than the last dish. Food brings people together, from having a few friends over for dinner to holiday celebrations and even the “Iron Chef: Bergen Stadium”. I am a very fortunate person and love to incorporate food around my life – sometimes to the detriment to my waistline but then again it could be the beer. Working at Microsoft, the amount of money the company gave back  is outstanding and they match dollar for dollar. I was brought into the Microsoft Cookbook project and really had a lot of fun not only helping with some design but also contributing some of my recipes. Yes I can sign a copy for you

All joking aside the goal of this cookbook was to bring the diversity of the Microsoft employee base that is global and produce an award winning charity cookbook (the Microsoft cookbook has won 3 Gourmand World Coookbook Awards) with all proceeds being donated to “FareStart”. If you don’t know FareStart, it is definitely worth looking into to for the amazing work they have done. 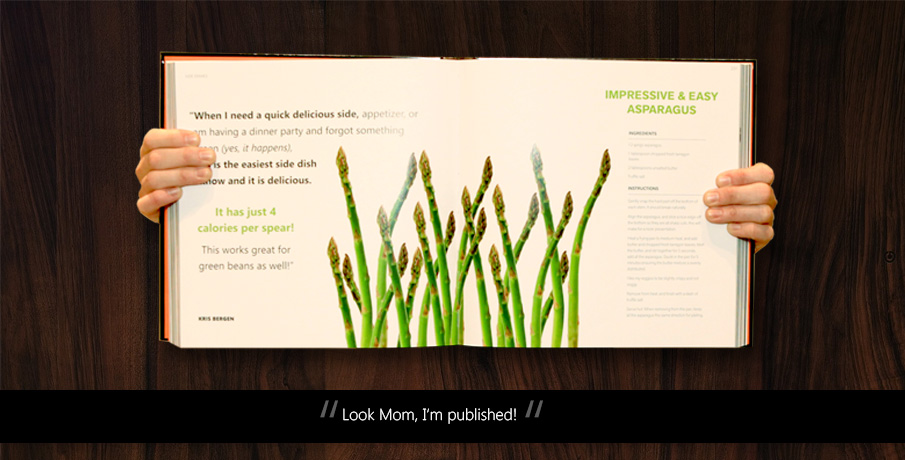 The cookbook is a labor of love for a small and passionate group of Microsoft employees who edit the submissions and publish the project in their off-time. For McCaig, and her husband Colin, the project was also the beginning of their domestic partnership.

Both started their careers at Microsoft in the Services Division. In 2010, they met during a cook-off to benefit Microsoft’s Employee Giving Program  when inspiration struck: Why not write these recipes down? The first volume of the cookbook was born later that year. Erica and Colin were married two years later.

The “Microsoft Cookbook” also raises money for a good cause. All proceeds from sales benefit Seattle nonprofit FareStart, a culinary job training and placement program for homeless and disadvantaged individuals, and has raised more than $300,000 since the project began. Now that is impressive.

I am honored to have a part in this project. 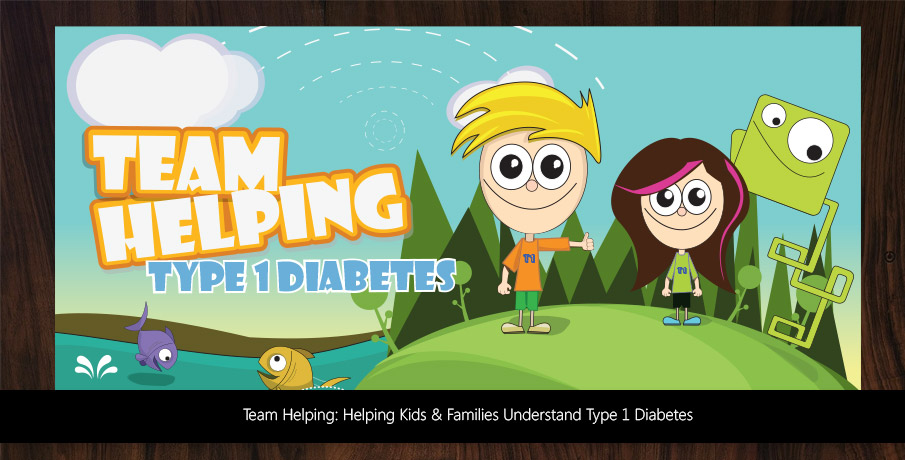 A very personal project for me is “Team Helping”. I have 2 kids that were diagnosed with “Juvenile or Type 1 diabetes”- they are insulin dependent, check blood sugars 5-10 times a day and it takes it tole on them physically and emotionally but also parents. You have probably already had a thought that “Why did they eat so much sugar!” – nothing could be further from the case. There are 2 forms of diabetes (Type 1 and Type 2)  – Type 1 is an autoimmune disease – this means that their body starts attacking itself and it their cases it stops their pancreas from producing insulin. Thank god that they have synthetic insulin so multiple times a day they need to administer medications to basically stay alive and have a healthy and long life. Type 2 diabetes is an “inefficient” pancreas function so although they need to check their blood sugar and take oral medication they can control to some extent through diet to reduce the amount of medication.

Team Helping – Type 1 Diabetes is the first book to explore how being diagnosed actually makes you a part of a team rather than feeling alone with a new diagnosis. It is a book to help kids at the point of diagnosis understand they are not alone and how to deal with the new life changing news from an emotional side. It is a book that my son and his grandmother wrote and I am currently illustrating.